Boxers & Saints is a two-volume graphic novel. It takes place during the Boxer Rebellion, which was fought in China from 1899 - 1901. On his website, Gene Luen Yang summarizes the story of the Boxer Rebellion: "Back then, the Chinese government was incredibly weak. Western powers were able to establish concessions – pieces of land that functioned as colonies – all across China. The poor, hungry, illiterate teenagers living in the Chinese countryside felt embarrassed by their nation’s weakness, so they came up with this ritual that they believed would give them mystical powers. Armed with these powers, they marched across their homeland into the major cities, killing European missionaries, merchants, soldiers, and Chinese Christians. Because their martial arts reminded the Europeans of boxing, they became known as the Boxers."
Boxers & Saints tells the story of the Boxer Rebellion from two different points of view: that of the Boxers and that of their Chinese Christian enemies. It was nominated for a National Book Award. 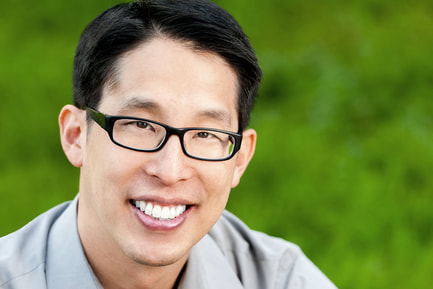 Photo credit: Ben Fractenberg
Gene Luen Yang writes, and sometimes draws, comic books and graphic novels. As the Library of Congress’ fifth National Ambassador for Young People’s Literature, he advocated for the importance of reading, especially reading diversely. American Born Chinese, his first graphic novel from First Second Books, was a National Book Award finalist, as well as the winner of the Printz Award and an Eisner Award. His two-volume graphic novel Boxers & Saints won the L.A. Times Book Prize and was a National Book Award Finalist. His other works include Secret Coders (with Mike Holmes), The Shadow Hero (with Sonny Liew), New Super-Man from DC Comics (with various artists), The Avatar: The Last Airbender series from Dark Horse Comics (with Gurihiru), and Dragon Hoops, which will be released in March of 2020.

​Mr. Yang will be visiting Bishop Ireton on Wednesday, March 11.